Autumn has arrived along with the new students from all around the world in the frame of
Erasmus and Stipendium Hungaricum to Győr to study at Széchenyi István University.

After the initial difficulties which caused by the never-ending administration process and the assimilation to their new environment, there was the time for the first trip.

40 international students participated in our cultural program in the Monastery of Pannonhalma. 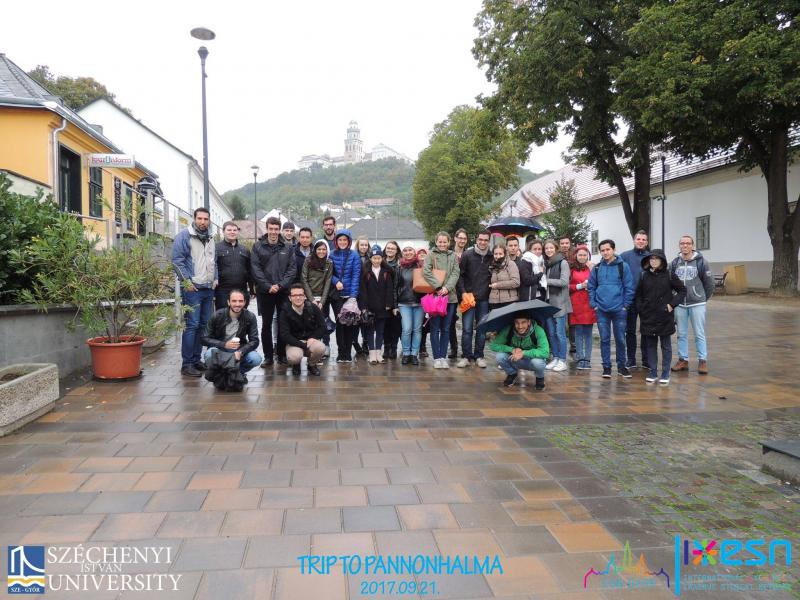 After the arrival our way led to the Abbey’s Museum and Gallery. Here we visited the exhibition called “Pannónia’s vineyards”. Its topic was the way of growing the grapes and the method of wine producing in the last centuries in that area. The next exhibition which we attended was a modern art exhibition. Later we checked the Abbey’s paintings and other art treasures, that took back us in the time. After these finally we arrived to the Abbey. Firstly, we descended to the Herbal Garden where the lavenders bloom during spring (unfortunately we did not see). Next, we entered to the Abbey’s building, within it the Basilica and the crypt which were built in the 13th century and while today the monks are accommodated there. 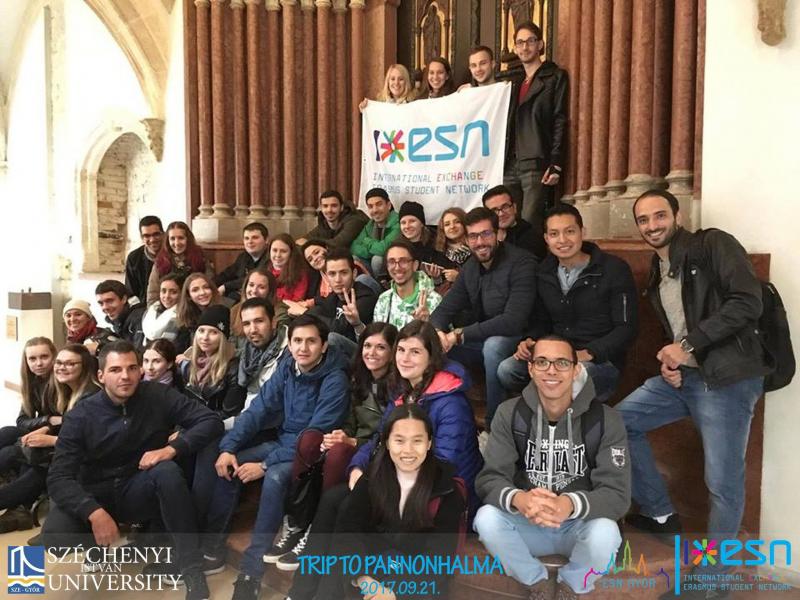 Stepping out through the Porta Speciosa we reached the cloister. The most breath-taking place was the Library, where books from 1100 were stored. Also, the copy of the Tihanyi Abbey’s articles of incorporation is placed here which includes the first Hungarian sentence. At the end of the cultural program we ascended to the Archabbey Winery where we could get to know how they produce the wine among those old walls. For closing, we climbed up to the nearby look-out tower, where - despite the bad weather - the view was amazing.

At the end of the day we travelled back to Győr packed with lots of experiences and memories.